Today, the North Charleston Police Department is announcing a bold goal to send all of its officers to a two-day racial equity training hosted by YWCA Greater Charleston.

The Racial Equity Institute (REI) training is designed to help leaders, individuals, and organizations proactively understand and address institutional racism, both in their organizations and in the communities where they work. Metanoia Community Development Corporation facilitated the enrollment of three senior North Charleston police officers in an earlier REI training and their feedback inspired North Charleston Police Chief Reggie Burgess to look for a way for all North Charleston police officers to attend the training.

“The North Charleston Police department created three central themes in 2019: (1) strengthening partnerships with the community we serve; (2) the reduction of crime; and (3) the creation of safe neighborhoods. We are always looking for opportunities to further build trust and open dialogue with our citizens and communities. To that end, the YWCA/Community Foundation/Metanoia sponsored Racial Equity training will provide Officers much needed insight with relationship building, as well as, help us to gain clarity on the impact of racism and biases,” Says Chief Reggie Burgess.

The Racial Equity Institute, based in Greensboro, N.C., is a framework used by organizations across the country to facilitate racially equitable systems and organizations. YWCA Greater Charleston brought REI training to the Charleston region in 2017 with support from Metanoia and Coastal Community Foundation. This week the first 30 officers to attend the program will have completed the training.

It will take three years for all 350 North Charleston police officers to attend the training, which is offered six to eight times per year and is limited to 40 attendees per session to facilitate effective conversations. Organizers see value in having officers attend the REI training with civilians.

“When Chief Burgess called me to express an interest in sending officers through the REI training, we wanted to do all we could to support his bold leadership. We reached out to the leadership at YWCA Greater Charleston and Coastal Community Foundation, and they have been eager to lend a hand as well,” said Rev. Bill Stanfield, Metanoia’s CEO.

“We were delighted when Metanoia approached us to express interest in the Racial Equity Institute on behalf of the North Charleston Police Department,” said Tina L. Singleton, social justice coordinator at YWCA Greater Charleston, who coordinates the program. “We’ve seen tremendous results from the REI trainings, and we see REI as having an equally positive impact both on the police force and on the North Charleston community it serves.”

“Our support of REI is an extension of our conviction to embed inclusion with equity in all that we do,” said Coastal Community Foundation President and CEO Darrin Goss. “I applaud the leadership of Chief Burgess for taking this bold step to ensure that all his officers understand the historical implications of structural racism and how it affects the police department’s work in our community.”

It is believed that this effort can be a real step forward in further improving community police relationships, particularly when those relationships have at times historically been strained along the lines of race. The partners are grateful to the leadership of the North Charleston Police Department and look forward to supporting their desire to continue to find ways to improve officers’ ability to build relationships in communities in the most effective manner possible. 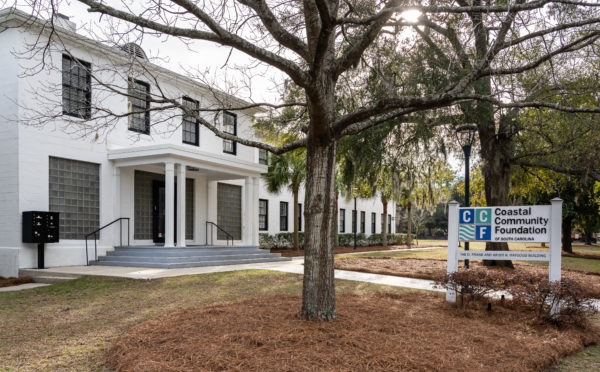