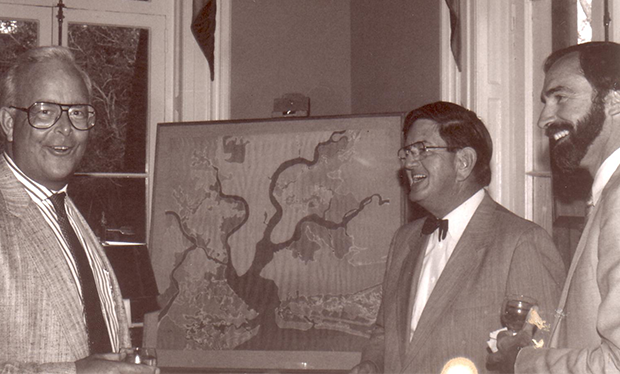 Coastal Community Foundation began as a grassroots effort led by residents with a passion for community service. In 1974, Charleston civic leaders including then-College of Charleston President Ted Stern, local Civil Rights leader Bill Saunders and other members of the Historic Rotary Club of Charleston decided to pool their resources and set up a long-term fund for the good of the community. With support from volunteers, they grew the initial $9,000 fund into a fully operational community foundation, which began its first scholarship funds and competitive grantmaking programs in 1982. By 1984, the Foundation’s combined assets topped $1 million.

Today, Coastal Community Foundation manages more than 700 charitable funds and has $289 million in combined assets, putting us in the league of the 75 largest community foundations in the United States. And while the seeds were planted in Charleston, we’re now integrated regionally with offices in North Charleston, Beaufort and Murrells Inlet to serve nine counties: Charleston, Berkeley, Dorchester, Colleton, Hampton, Jasper, Beaufort, Horry and Georgetown.