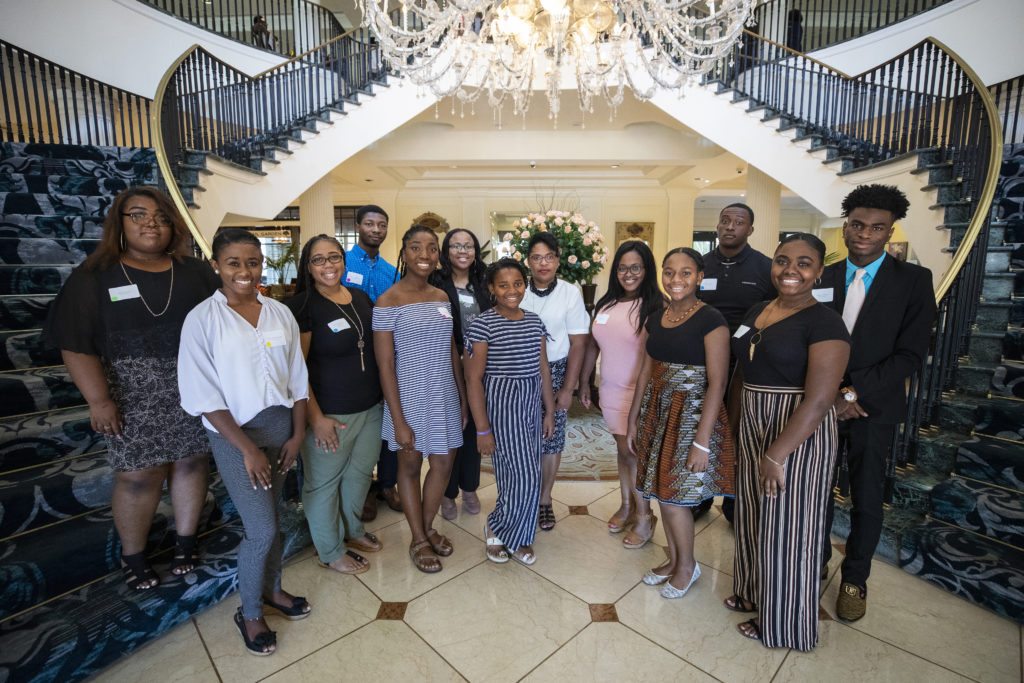 A new school year. A fresh start. CCF is honored to present this year’s Pinckney Scholars – a group of dedicated students from Beaufort, Charleston and Jasper Counties who will carry on the legacy of Reverend Pinckney and certainly make a positive impact on this world. 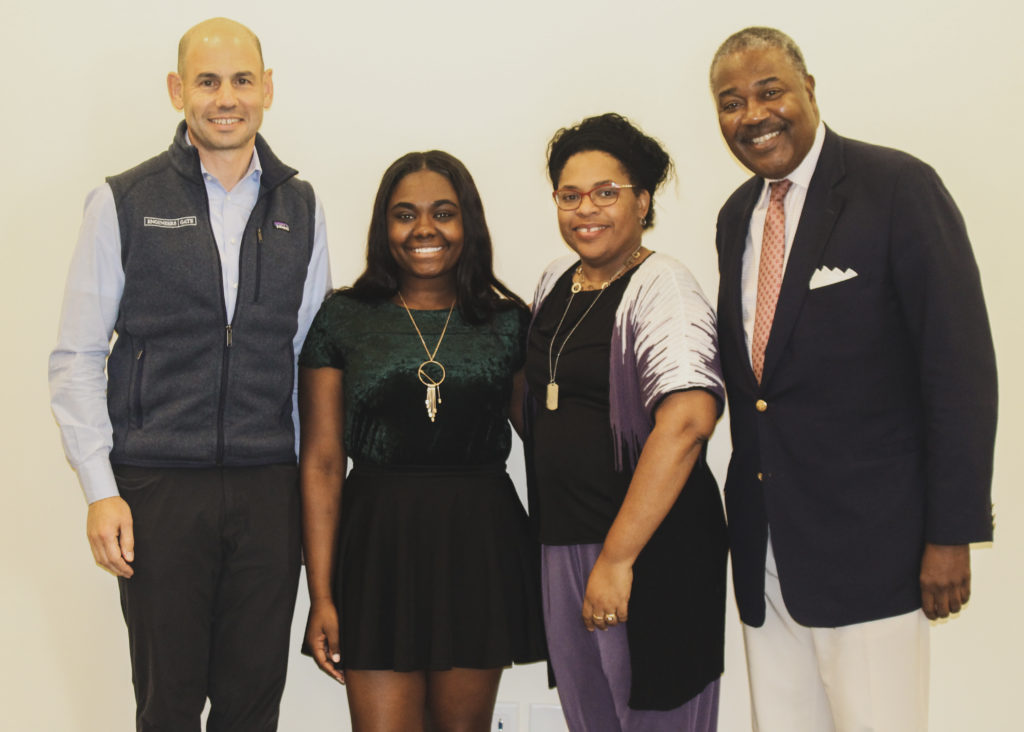 When asked what it means to be selected as a Pinckney Scholar, Makyla said, “It means to persevere and never give up. One thing I can take from having this opportunity is that I am carrying on a legacy of someone who was so passionate about education. I am proud to be continuing on with my education under the influence of such a great human being and a program that has made it even more possible and is getting me one step closer to achieving my goals.” 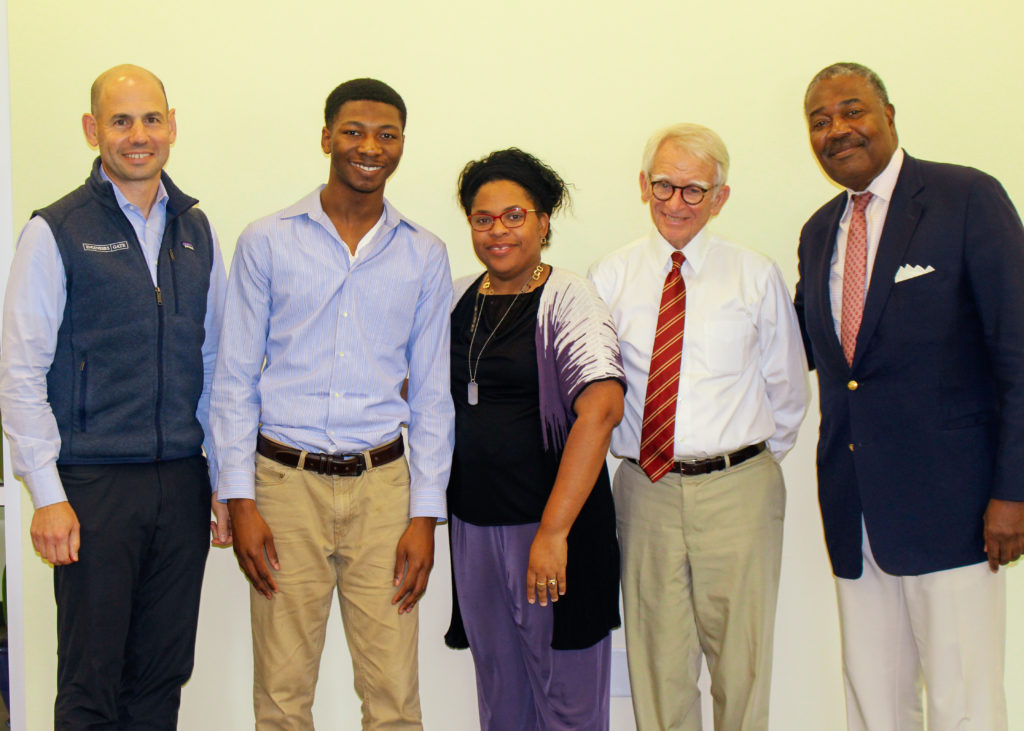 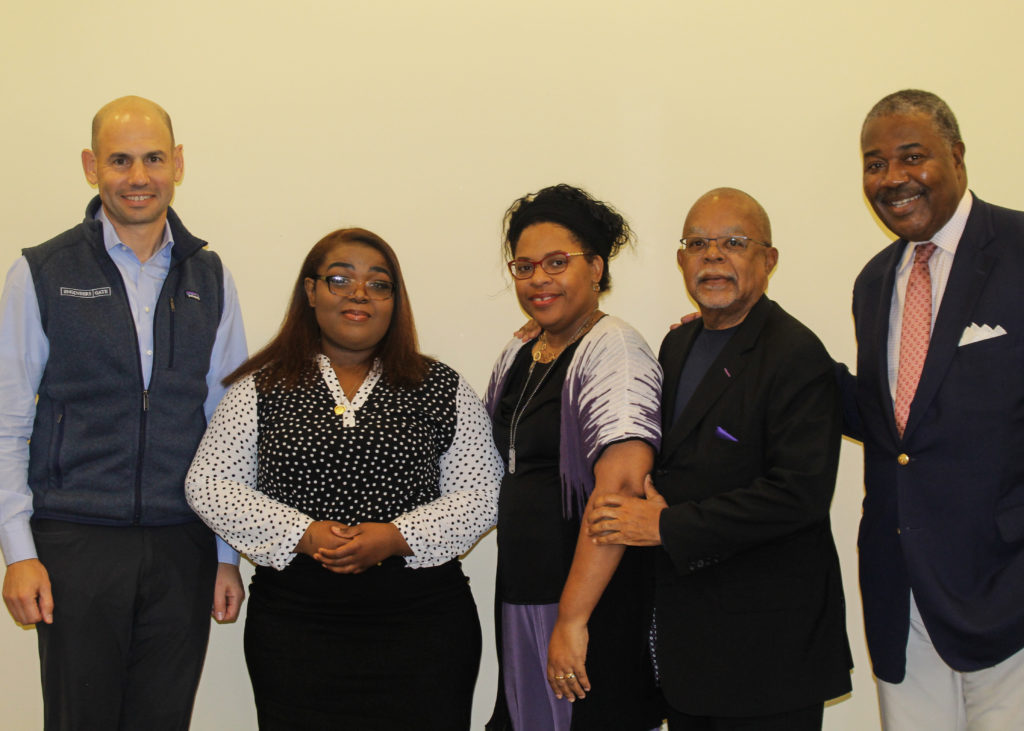 Valedictorian of Royal Live Oaks Academy of the Arts and Sciences, Jailynn Primus was a member of the National Beta Club, a representative for Model United Nations, a member of the National Art Honor Society, and a member of Vex Robotics. Jailynn is attending Howard University to pursue a degree in Computer Software Engineering and hopes to develop a biometrics company that makes affordable prosthetics.

Jailynn shared with us her biggest accomplishment (so far): qualifying for the Vex Robotics World Championships in 2016. Jailynn said this is “where my robotics team represented the small town of Hardeeville, South Carolina against teams from China, Ethiopia, Japan, and several other nations. The program I designed placed us 7th in the United States out of 500+ teams and 12th in the world out of 3,000+ teams. This went on to get our team recognition from our city council.” 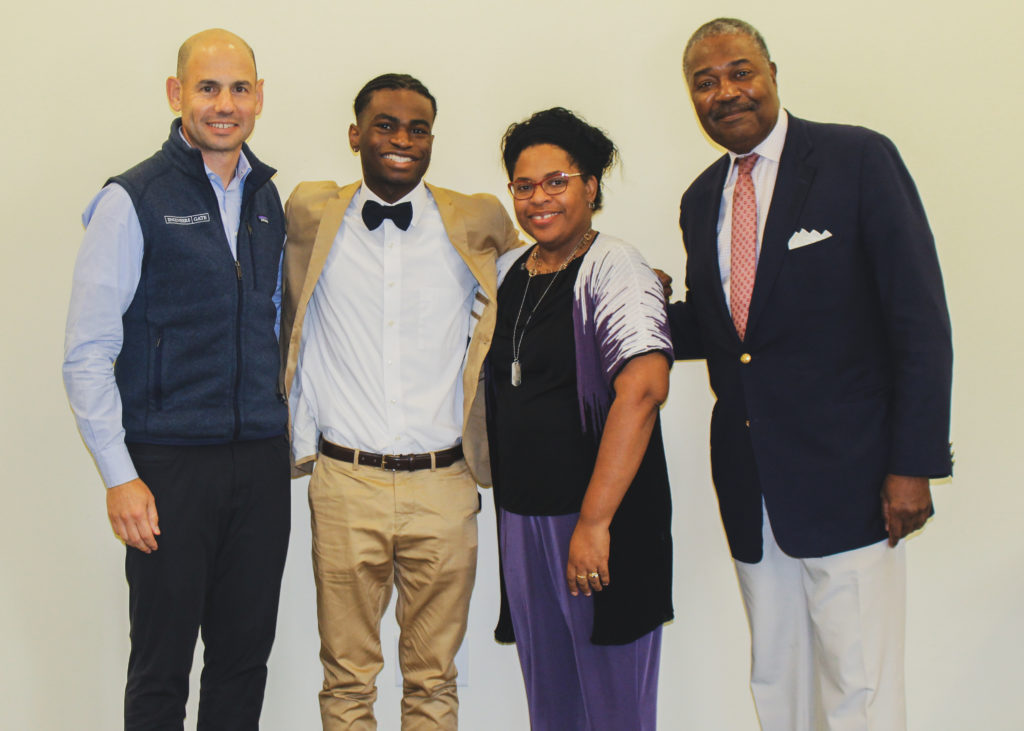 A graduate of West Ashley High School, Keith was a leader. As a junior, he was a founder of the school’s first Metaphysics Club. He was a member of the Distributive Education Clubs of America, the National Honor Society, and received the lead role in his school’s Spring Theatre Production. He is attending the College of Charleston Honors College.

If Keith had the power to change his community for the better overnight, he said he would “Have affordable housing for the working class in Charleston.” 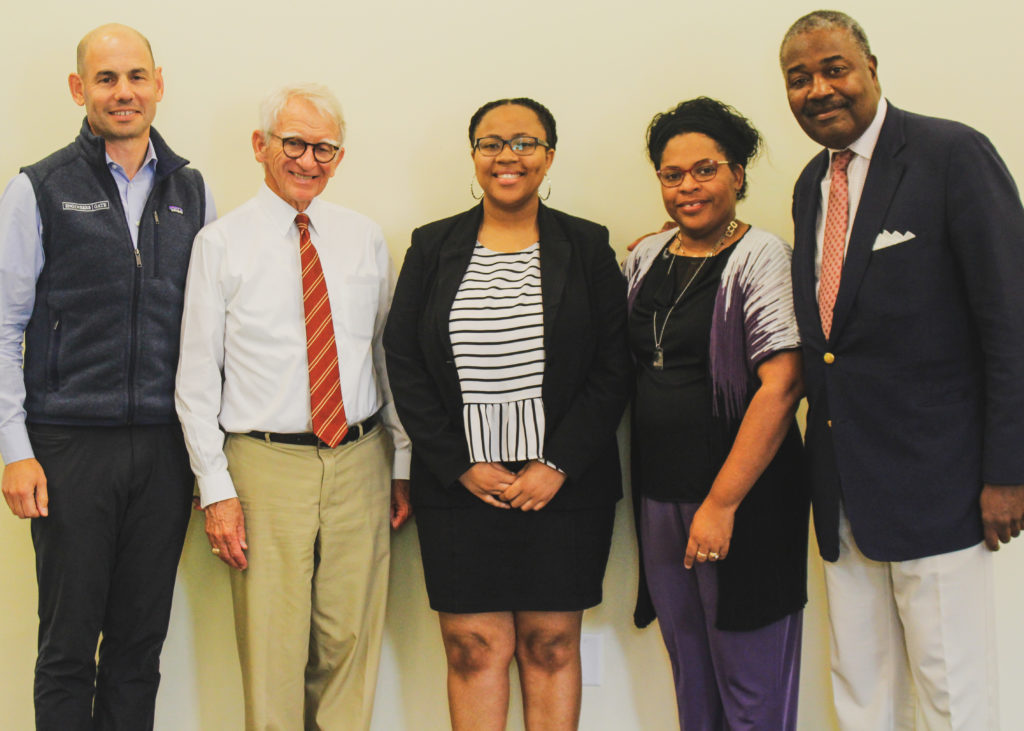 Baptist Hill High School’s newest valedictorian, Maggie Deas, epitomizes true leadership and possesses the qualities of a servant for her community. Maggie served as president for four years of “F.L.E.E.K,” a multicultural club, an active member of the JROTC, and played the euphonium in the school’s band.  She held membership in the National Honor Society, the Student Advisory Council, and served as Secretary of the Principals Ambassadors. Maggie is attending Clemson University where she studies Political Science and plans to pursue a career as a Civil Rights Attorney.

Maggie is adamant about becoming a pillar of change. One change she would like to see made in her community is to introduce more STEM Programs and obtain more funds for the fine arts programs. She shared, “Previously attending a rural area school that had minimal educational opportunities, I want to provide the funding to expand not only my community school but also those alike.” 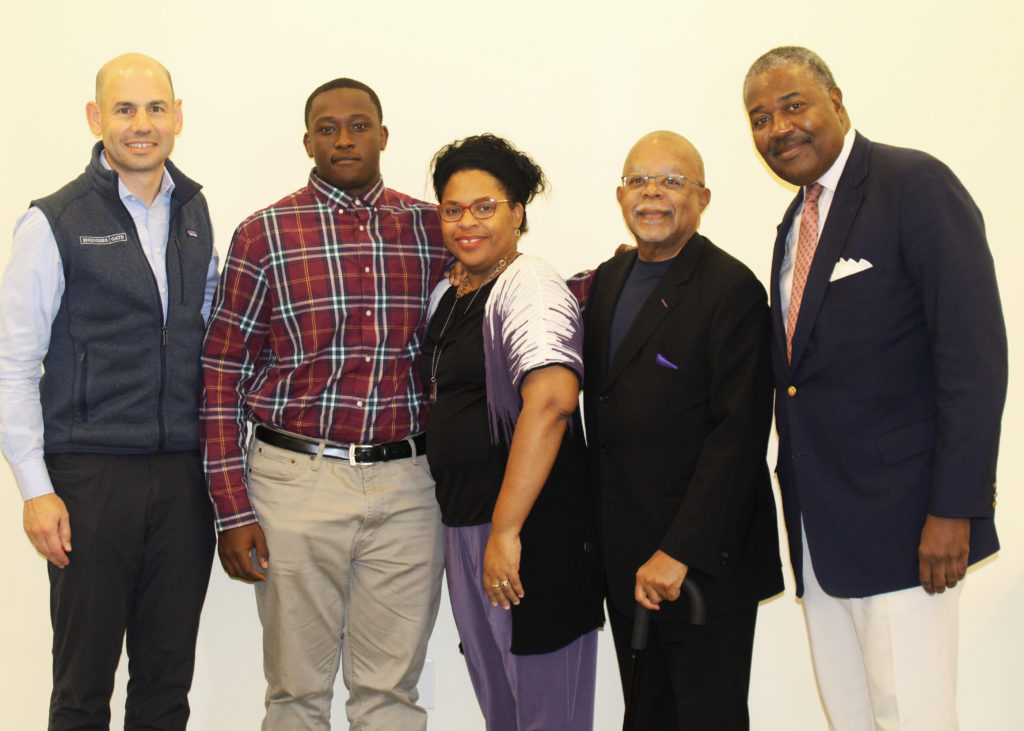 Jamari Evan believes that your background does not determine your success. Jamari grew up without a father figure as his father was killed in a car accident when Jamari was a young child. Jamari took his situation and became involved in activities that allowed him to relate, counsel and became a father figure to others. At Whale Branch Early College High School he participated in the National Honor Society, was a member of the Student Advisory Council, played tennis, and wrestled. Jamari was also a valued member of the football team for four years and served as team captain.

When asked about his role model, Jamari credits his mother. He shared, “Watching her work hard my whole life has pushed me to do more.” Jamari  continues to make her proud by attending Clemson University. 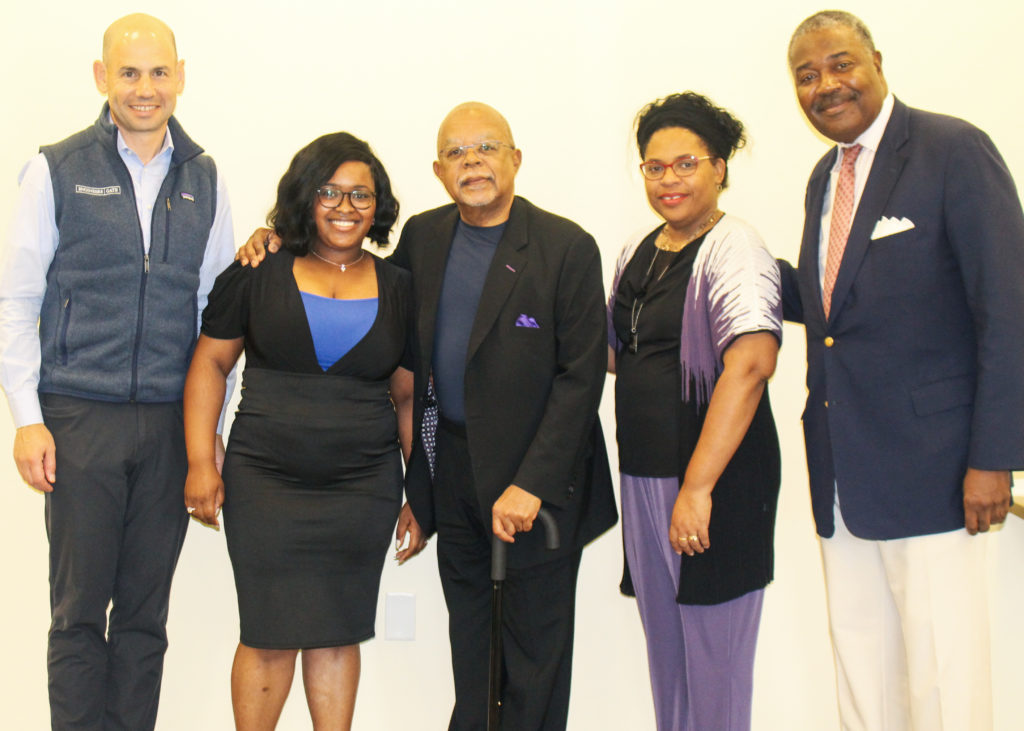 Keona Dopson is a motivated and optimistic young lady. When Keona was a young child, she was involved in a serious car accident that left her with challenges. Keona always stuck with the advice that her mother gave her following the accident — to never give up and stay in control of her destiny. She has done just that by holding numerous leadership positions in school including serving as president of both the Student Advisory Council and Ladies First Mentoring Program, secretary of the Principals Ambassadors, and Manager of the Cheerleading team. Keona is a graduate of Whale Branch Early College High School and received an Associate’s Degree from the Technical College of the Lowcountry. She plans to become a Criminal Defense Attorney so that she can ensure that resources are in place for aspiring African American Attorneys.

Keona shared, “I am honored to be a Pinckney Scholar. This scholarship will help to allow me to discover who I truly am as a person. I also believe I will create a lifetime of friends through this program.” 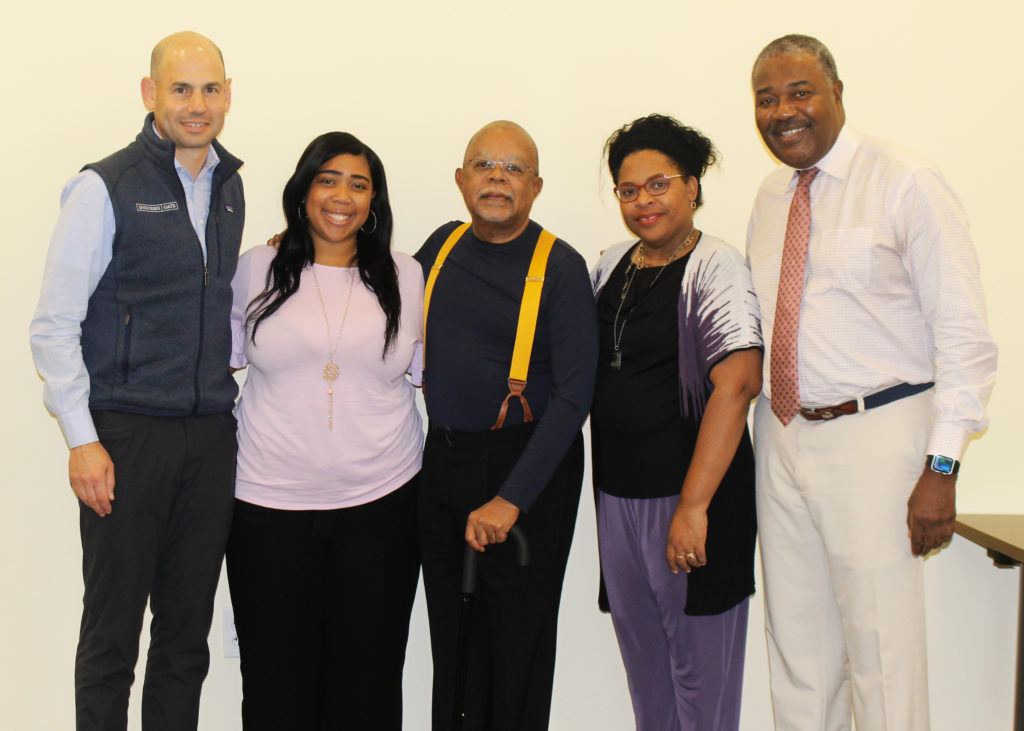 As the Salutatorian of May River High School, A’nya Marshburn-Foushee’s involvement in her school and community has illustrated her vast ability for leadership. A’nya has served with the Bluffton School of Dance Company for 11 years and was assigned the role of Head of Leadership. She has also participated in the Key Club, the Beta Club, National Honor Society, and was a Student Ambassador. A’nya is enrolled at the University of North Carolina- Chapel Hill, where she studies Child Psychology.

A’nya considers one of her greatest accomplishments to date is the work she has done within the Bluffton School of Dance working with children with special needs. She set up a Summer Camp for special needs and shared, “Working with the children has brought so much joy to my life. They have taught me that no matter what the disability is you are still alive, so live.” 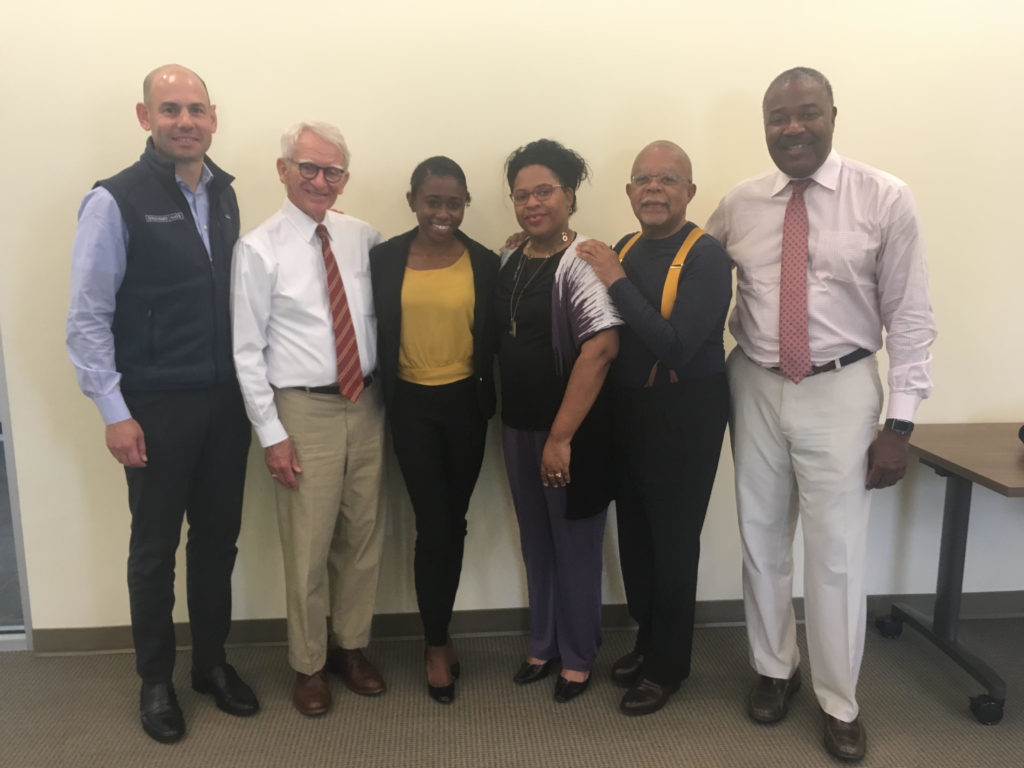 Savannah Littlejohn was a leader at May River High School where she was Varsity Cheer Capitan, Student Council President, National Honor Society President and Vice President of the Beta Club. She is passionate about many things including equal access to quality educational opportunities and access to mental health support. Savannah established the Blew Crew at her school — a mental health-based club that seeks to bridge the gap between students and the appropriate resources to obtain help. Savannah is attending Wake Forest University, where she is double majoring in Philosophy and Political Science.

If Savannah could change one thing about her community today, she would make it easier for parents and students to find affordable uniform clothing for school. She understands that clothing and supplies can be costly and tend to wear out by the second semester of the school year. “Personally, I try to do my part by donating and giving what I can, but I would like to see my school district take a bigger step to see that all of its students go into the school year confidently and prepared for success,” she said. 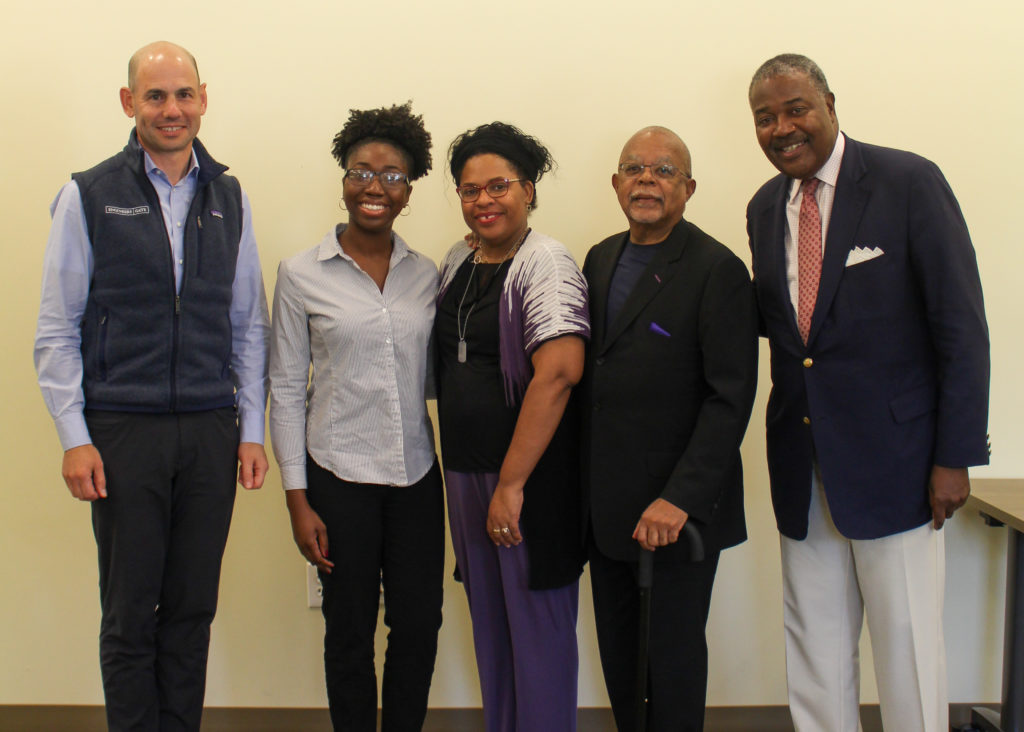 NiQuava is ranked in the top ten percent of her class and a recent graduate of Beaufort High School. She played the saxophone in the school band and was selected as drum major. She was recognized for Superior Performance on the Saxophone as a soloist and as part of an ensemble. NiQuava was a member of the National Honor Society, Spanish National Honor Society and Interact Club. NiQuava is attending Duke University.

NiQuava plans to study Biology and has a passion for the environment. If she could change one thing about her community immediately, she said she would “make changes concerning environmental issues, including but not limited to pollution in the oceans and various bodies of water.”