One hundred million Americans are shouldering medical debt. Many are under insured, vs un-insured. And one-quarter of them owe more than $5,000.

Gary Lamberson has seen first-hand the effect debt can have on well-being. As a long-time civil rights attorney, he has seen impossible bills weigh on people’s minds. He recalls a former Marine sergeant, whose wife spent eight days on life support before succumbing to her injuries. Her husband faced that grief, compounded by a lifetime of debt to the hospital…a burden he knew he could never eliminate.

Late in 2021, Gary read an article in the Post & Courier about a Greenville man who had effectively wiped out many community-members’ medical debt with a relatively replicable donation. Struck by that impact, Gary called CCF’s Melissa Levesque to ask how he could be similarly impactful in his year-end giving. 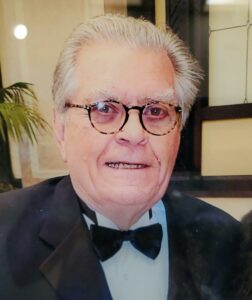 The answer was: RIP Medical Debt, a national non-profit founded by former debt collectors who have become “predatory philanthropists.” By buying medical debt from hospitals, for pennies on the dollar, the non-profit can use donations to pay it off. Individuals accustomed to receiving debt notices instead receive yellow envelopes with good news: your debt has been paid off.

“Melissa did some research and assured me the organization is legitimate,” says Lamberson. “Not only that, but she said with my year-end donation, I could eliminate the debt that was then on their books for South Carolina.”

To date, RIP Medical Debt has wiped out $6.7 billion in debt for 3.6 million people. A recent donation of $50 million by uber-philanthropist Mackenzie Scott will no doubt help.

Yielding a return of $100 in debt for every $1 donated, Lamberson hopes other donors will join in. “We wiped out the South Carolina debt in December…but there is surely a whole new pool of need. And I encourage donors to step up and do what the state has not.”

Lamberson notes that South Carolina is one of just 12 states that has opted not to expand Medicaid. This was a meaningful grant for him and made the holidays extra special since so many South Carolinians became debt-free.

“My message to others is simple: the payoff of this program is so great, that truly any amount will make a very big impact on people’s lives right here where we live.”