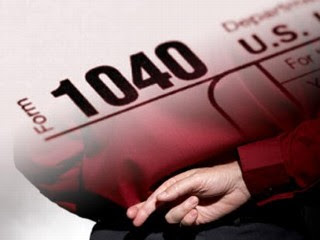 She called me to ask if we could check on a charity for her, saying that she felt so pressured that something just did not feel right. Here was this guy on the phone with a New Jersey accent telling her that she should make a donation because the scholarship fund honors a South Carolina woman who died in combat. He said that “You’re from South Carolina, aren’t you? You should contribute.” She paused and said to me “I hate to say it but it felt a bit like the Sopranos.”

She was right to be suspicious.  While the website said it was a memorial scholarship fund and even gave a federal Employer Identification Number (EIN), when we cross-checked it against the IRS listing of certified nonprofit organizations the organization was not listed.

Why do people do this?

Well, for one, being a real nonprofit organization means that you have a Board that represents the community being served.  That Board is charged with the task of making sure that the organization’s operations provide broad community benefit.  The whole reason you get a tax deduction for a gift to a nonprofit organization is that our government decided that local people do a better job of determining where tax dollars could go than do people in Washington, DC, at least as far as charities go.  Not having a Board meant that the dollars raised could be spent in any way that the caller wanted.  No oversight.  No requirement that the dollars were spent to better the community.  Somebody probably does get a scholarship from this fundraising but there is no requirement that the scholarships be awarded fairly or even to people who are not relatives of the caller.  (Now there is a dark thought.)

In short, people like our New Jersey caller do this because it is easier not to become a real nonprofit.

Another reason the caller might mouth the words of 501(c)3 organizations is that prospective donors open up to what seems like a real nonprofit, imagined or real.  Donors trust real nonprofits to do what is right.  That includes fundraising tactics.  Professional fundraisers adhere to the Association of Fundraising Professional’s Code of Ethics.  This guy from New Jersey is probably not be aware of those ethical standards.  Sounding like a nonprofit is a good marketing tactic.  It works.

Once again, it is easier not to become a real nonprofit, no accountability, no ethical issues.  Easy.

But here is why this kind of thing makes me so frustrated.  Would our generous donor have made a gift and claimed it on her income taxes, she (not the caller) would have faced a penalty imposed by the IRS.  It is the donor who suffers in these situations…and remember, the donor is a kind-hearted person who is just trying to help.

So here is the punchline in this story.  The good guy gets penalized for doing what she thought was the right thing to do.  The bad guy goes on about his business.  He probably doesn’t even know that he has to register with the IRS, let alone the South Carolina State Attorney General’s Office, to make solicitations in South Carolina.  He gets checks.  He cashes them.  Next!

Once again, it is easier not to become a real nonprofit, there is so much less paperwork involved.

I’d love to end this with a “and here is what you can do” statement.  Of course you can ask for IRS nonprofit determination letters before making a gift.  Of course you can call Coastal Community Foundation to check on a charity.  But in the end, the ignorance that penalized the good is the same as the ignorance that rewards the bad.  Maybe if you forward this blog post to 50 of your friends and ask them to forward it to 50 of their friends…

Naw, its easier not to become a DONOR so you don’t run the risk of making a mistake.

Hmmm, maybe this is something we should get a little more angry about.