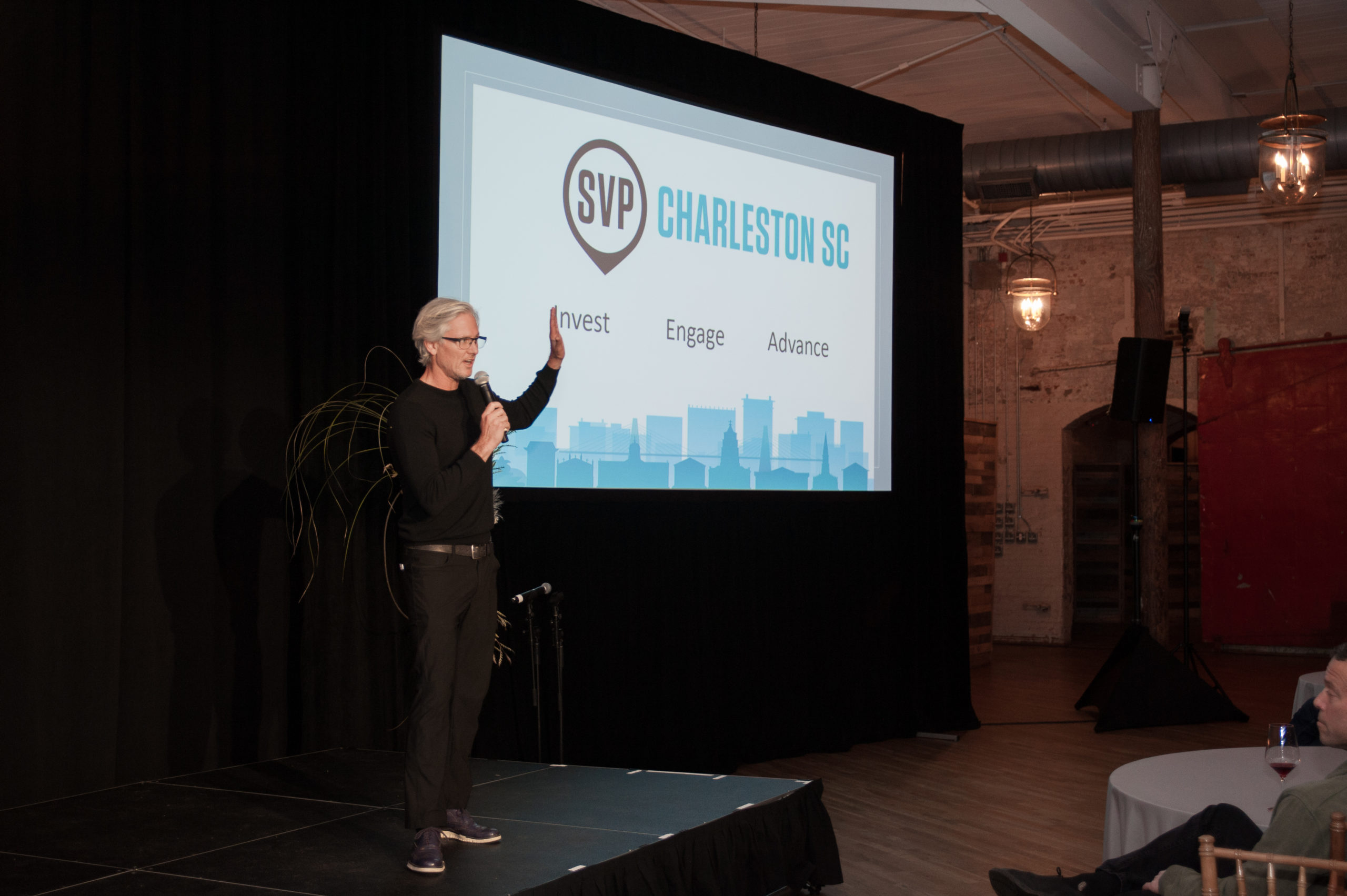 As a Passing Gear Philanthropy foundation, Coastal Community Foundation prioritizes addressing the history and origin of today’s disparities and seeks way to deploy all forms of capital to address them — social, moral, intellectual, reputational, and financial.

Each of CCF’s programs, initiatives and strategic relationships advances this vision in various ways, and Social Venture Partners is one key example of this philanthropic philosophy and approach.

As we celebrate its 10-year anniversary this year, we are reflecting on the success that the program and fund of CCF has had in advancing our shared mission to create more sustainable and equitable communities in Berkeley, Charleston, and Dorchester counties.

What is SVP Charleston?

Social Venture Partners Charleston is led by a group of local donors, also known as Partners, who strive to create a network of stronger, more sustainable nonprofits. Partners are asked to commit to SVP for three years, providing an annual financial investment that is then awarded to select nonprofit investees. What sets Partners apart from traditional CCF donors or fundholders is that they also impart their experiences and expertise as consultants, facilitators and advisors to nonprofit investees.

Partners often attend staff meetings, conduct strategic planning sessions, map out financial models, and more as part of their commitment to each nonprofit selected as an SVP investee.

Darrin Goss, CEO of Coastal Community Foundation, explained that SVP Charleston provides donors — many of them existing CCF fundholders — a way to get even closer to the work of nonprofits by bringing their business savvy and other valuable insights to the table.

“CCF offers donors multiple entry points into the Foundation, to engage with the community and amplify impact,” he said. “SVP Charleston is one of those entry points, which might appeal to someone who wants to add to their experience of donating or volunteering to support nonprofits’ work in the community.”

Ian Devine, an SVP Charleston Partner since 2017 who is now the chairman of the SVP Charleston Advisory Board, said that’s exactly what has been so rewarding about his involvement with the program.

“The impetus for becoming an SVP Partner was to join a small group of men and women to tackle tough problems facing our community,” Devine said. “What I didn’t expect was to become so engaged with nonprofits that make a difference, and to work with such talented leaders to craft enduring solutions for the future.”

Since 2010, SVP Charleston has partnered with more than 30 local nonprofits, invested more than $1 million and provided thousands of hours of pro-bono consulting, organizational support and leadership coaching to nonprofit leaders.

Each nonprofit investee of SVP Charleston is supported differently depending on its needs. Below you will read about three nonprofits in the region who benefited from the various types of philanthropic capital — social, moral, intellectual, reputational, and financial — that SVP Charleston Partners deploy to serve the community.

Metanoia, a nonprofit organization based in North Charleston, is focused on building leaders, establishing quality housing, and promoting economic development in the city. The organization hosts a variety of programs from Youth Leadership Academy to financial literacy classes to help strengthen communities beginning with young people.

According to Metanoia leaders, SVP Charleston’s greatest impact was with its youth-serving programs that inspired them to take leadership roles in their community.

The curriculum allowed students to progressively develop a deeper understanding of how small businesses work while simultaneously fostering an interest in and knowledge of entrepreneurship. This included having other SVP Charleston Partners come in on a weekly basis to run individualized sessions for the students.

“You’ve got to do something that makes it real,” Clerici said, and showing Metanoia’s students that successful business professionals are just people too was a key element in making their curriculum.

For students at the next stage of the Youth Leadership Pipeline, SVP Charleston helped inspire the creation of the Metanoia Fellows Program according to Rev. Bill Stanfield, CEO of Metanoia. This program allowed Metanoia the opportunity to train leaders in community organization, transformational leadership, fundraising and organizational development.

In addition to the more than 200 hours of intellectual capital invested in these programs, SVP provided financial capital that helped Metanoia move into a new Youth Entrepreneurship and Volunteer Center.

Reading Partners Charleston is another investee that benefitted in many significant ways through its work with SVP Charleston.

Over a three-year engagement from 2016 to 2018, SVP Charleston invested $150,000 in Reading Partners Charleston and worked to help build its internal staff capacity to allow for organizational growth.

SVP Charleston also provided the groundwork for and guidance of implementing a Resource Development Plan that included Board development, a strategic growth plan, as well as a strategic tutor recruitment and retention plan.

Over the three-year period, Reading Partners saw an increase in reading centers, students served, tutors, Board involvement, and more. On top of these achievements, the organization saw a revenue increase of more than $600,000 across SVP Charleston’s investment period.

South Carolina Community Loan Fund was one of the first investees of SVP Charleston, receiving $100,000 over a two-year period from 2014 to 2015.

SCCLF is a Community Development Financial Institution that provides equitable access to capital and financing for projects that build stronger South Carolina communities — with a focus on people of color, women, low-income individuals, and those in rural communities.

Originally, the funding was set for a three-year period, but SVP Charleston and SCCLF achieved its goals within two, accelerating the financial investment.

Over the two years, SVP Charleston Partners worked with the organization on several projects — from communications to internal development and strategic planning for SC Community Development Tax Credit Legislation.

Perhaps as SVP’s most significant contribution, SVP leveraged their initial investment in SCCLF along with their reputational capital in the community to help SCCLF raise more than $2 million in 2014.

“We would not have had such a tremendous year without the support of SVP Charleston and the challenge to truly leverage your investment in us,” Mapp said.

If you are interested in learning more about SVP Charleston, please visit our Social Venture Partners Page.