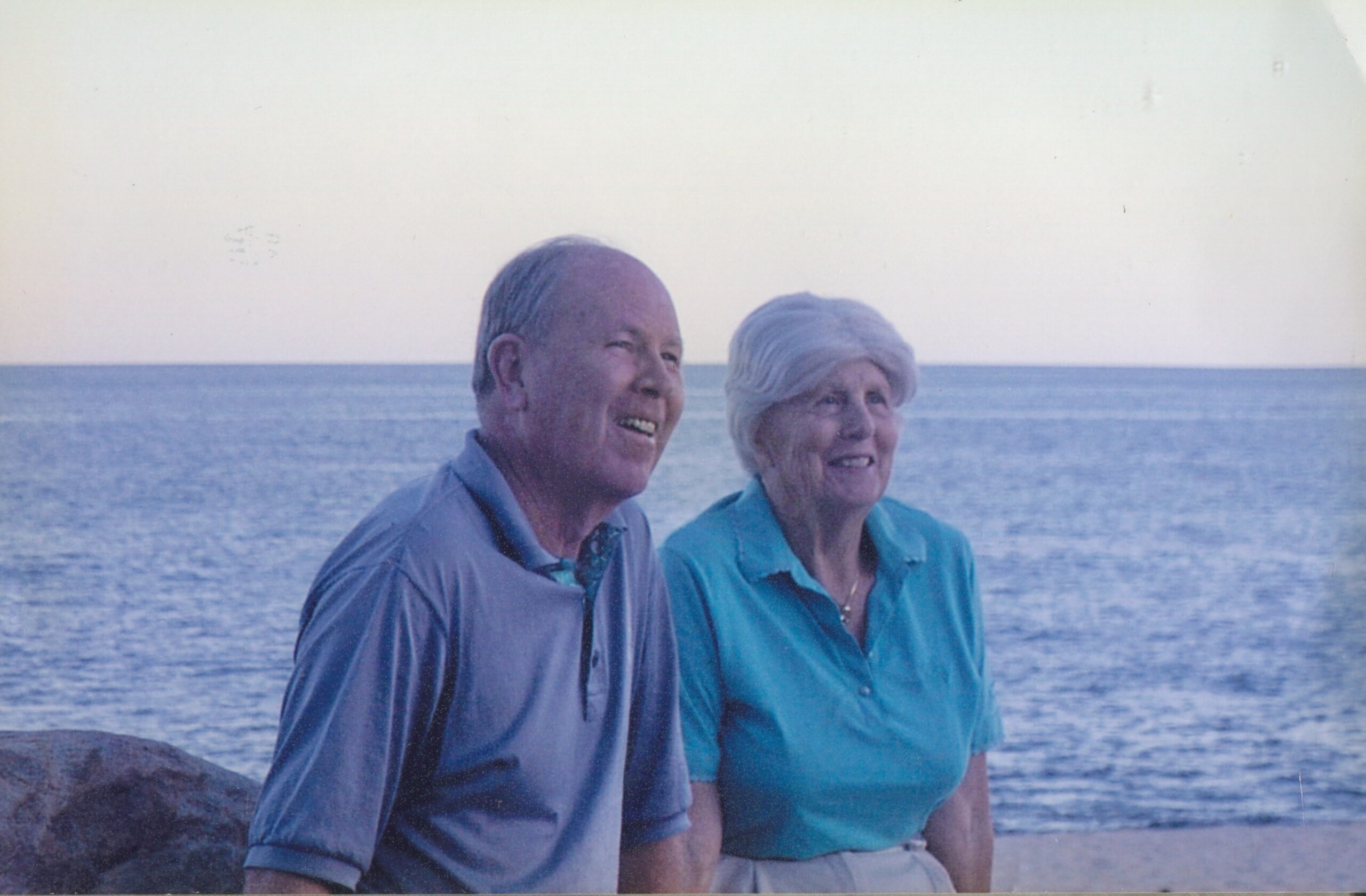 The Beaufort Fund is the largest-ever grantmaking program of Coastal Community Foundation, having awarded more than $11 million to nonprofits serving Beaufort, Colleton, Hampton and Jasper counties over the past 24 years. Until now, almost nobody knew who funded and created this enormous giving legacy that has supported hundreds of grantees serving the region.

That’s because the married couple who established The Beaufort Fund in 1998 asked to remain anonymous until their death, to ensure that the focus always remained on the nonprofits doing the work to improve the region.

With their recent passing and the blessing of their remaining family members, the Foundation has the honor to reveal for the first time that the donors were the late Joanne and Alan Moses of Dataw Island, S.C.

Alan passed away at age 87 in 2018, and Joanne recently passed in December at 89. They spent most of their lives in the New York City metro area, where Alan worked on Wall Street. They raised their two children, Anne and Bill, in Chatham, New Jersey, and then retired about 30 years ago to Dataw Island.

By all accounts of those who knew them, Joanne and Alan were unassuming people who viewed the wealth they accrued late in life as a mere stroke of luck. To them, it only made sense to give as much of it away as they could to support meaningful causes such as improving education and access to healthcare, among many others.

Altogether, their multi-million-dollar endowment will continue to support hundreds of nonprofits and students in the greater Beaufort region for generations to come. 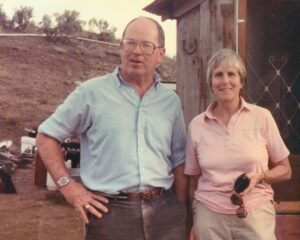 In many ways, said their son Bill, they demonstrated that ordinary people can do extraordinary things.

“At their core, they were very down to earth, just plain folks. My father ended up making some very good investments, but they always saw themselves as ordinary people who had gotten lucky and could just as easily have gotten unlucky,” he said.

While Alan was successful in his career, it was only later in life that they happened to see major returns on some well-timed investments. Before that, their children said their lives were comfortable but modest. Their parents both came from working class families, and both attended college on scholarships.

“They were very cognizant of the fact that they lived the life they did as adults due to the generosity of others, and they felt it was their duty to create such opportunities for those coming behind them,” said their daughter, Anne McCaffrey.

When retirement came, Alan and Joanne headed straight for Dataw Island, an area they had fallen in love with while on a vacation years earlier in the Beaufort region. They bought a house on the marsh where they spent many peaceful mornings watching the sun rise over the water. The area easily became their “true home,” Bill said.

It was that love for the region that led them to Coastal Community Foundation to create The Beaufort Fund in 1998.

“After they retired and moved down to Beaufort, they really loved the area, but they also saw a lot of people who needed help,” Bill said. “They really wanted to help people, and it gave them no end of pleasure to see people benefiting from what they had done. The more they were able to accomplish, the happier it made them.”

Helping to ‘get things done’ in the region

Over the last 24 years, The Beaufort Fund has invested more than $11 million across Beaufort, Colleton, Hampton and Jasper counties, supporting everything from human needs such as financial assistance to education programs and environmental protection. For the 2021 cycle, The Beaufort Fund awarded more than $850,000 to 84 nonprofit organizations serving communities throughout the region.

Edie Blakeslee, Vice President of Grantmaking and Community Leadership, worked with Alan and Joanne since the early 2000’s to help carry out their charitable vision.

“I remain struck by the genuine, unassuming nature of both Joanne and Alan, and how that never changed. What inspired them was how hard nonprofits work—to lend a hand, open the door of possibility, and to serve and lift the community,” she said. “The Beaufort Fund was created to fuel that work—and I do believe that their quiet generosity and participation brought them joy year after year. They saw that The Beaufort Fund helped to ‘get things done’ in the place they called home.”

The donors served on the grantmaking committee that reviewed applications and developed award recommendations.  They rolled up their sleeves and did all the same work as fellow committee members, and even participated in nonprofit site visits with staff, where they got an up-close view of the nonprofits’ needs.

As a result, they were able to help adjust the program to better reflect what those needs were. For instance, they realized that nonprofit grantees sometimes needed operating support, rather than funds for specific projects.

“So many grants are for capital expenditures only, but it is hard to maintain a program if you can pay for the construction of the building, but not the salary of the people or the money to pay the electric bill,” Anne said. “They knew it was hard to plan when you were constantly worried about the funding.”

Friends of Caroline, providing hospice and grief support services to Beaufort County residents and beyond, was awarded $12,500 for general operating support from the 2021 cycle of the Beaufort Fund.  The grant allowed the organization to continue to provide end-of-life care to individuals with no insurance or those who are under-insured.

“In the healthcare industry, operation day-to-day has been anything but routine,” said Lindsay Roberg, Executive Director of Friends of Caroline. “The support of The Beaufort Fund has allowed Friends of Caroline to continue its mission without any gaps in care.”

Despite their impact on the nonprofits in the region, few knew it was Joanne and Alan making it all possible – not even their closest friends, Bill said.

Each year, Coastal Community Foundation hosts a reception in Beaufort to recognize the nonprofits that received awards from the fund. The Moses family attended every year, and Bill said his parents relished the chance to connect with nonprofit leaders whose work they admired and supported. Even so, nobody ever suspected them as the donors.

“They just didn’t want any attention being placed on themselves. They thought that the attention should be on the work that was being done, not them,” he said.

When they passed, the donors decided to include Coastal Community Foundation and the Beaufort Fund in their estate plans, which has enabled new and expanded programs to support even more causes in the region.

In 2020, the Catalyst Grant program was launched, now one of four categories of The Beaufort Fund. The Catalyst Grant supports nonprofit’s large-scale projects that address community-wide issues through collaborative, equitable and innovative approaches.

Hopeful Horizons, the first nonprofit grantee of the Catalyst Grant, was able to expand its service area and open a satellite office in Colleton County to support victims of child abuse, domestic violence and sexual assault with intake assessments, forensic interviews, therapy, support groups and other critical services.

The generous gift also enabled the expansion of the Rev. Pinckney Scholarship and College Readiness programs across Beaufort, Colleton, Hampton and Jasper counties to serve 60 percent more students each year — allowing the foundation to continue to address educational inequities throughout coastal South Carolina.

Darrin Goss, President and CEO of Coastal Community Foundation, said while the Moses’ generosity was done quietly, their impact will be felt for generations to come.

“Alan and Joanne Moses could go down in South Carolina history as some of the most generous philanthropists our state has ever seen, and yet, they were the last people who would have sought such a distinction,” he said. “In so many ways they embodied the best of what philanthropy stands for. Our region is better because of them, and we are honored that they entrusted Coastal Community Foundation to carry out their vision.”

As they see the legacy of their parents live on through the grantees, Anne and Bill simply hope the Beaufort Fund continues to improve life in the region, the way their parents intended.

“I hope that lives are changed for the better, and that as many good changes as possible happen,” Bill said.

“Let people get a leg up, and then hopefully they, too, will reach back and help another up.”